How much brisket per person

In this article, we answer the question many of our readers have been asking. Yes, we read your emails, and based on popular demand, I will explain how much brisket you need per person, both when planning and measuring raw or cooked brisket.

There is a difference in weight between raw and cooked brisket. But don’t worry, I will cover both. It is important to keep in mind that brisket can lose 30 percent or more of its “water” weight after it is cooked.

I have cooked hundreds of pounds of brisket over the years, and I have experienced anywhere between 30 and 40 percent meat weight loss. I can also tell you that if you cook a mean brisket and plan for that, people can eat brisket like you won’t believe.

I will give recommendations for both raw brisket and pounds of cooked brisket so you can plan properly.

This cut of beef is inherently tough and, unless cooked properly, can be a tough piece of meat. Brisket is carved from the lower breast muscles of a cow.

To be more precise, the brisket is cut from the breast section beneath the first five ribs behind the foreshank. This area sees a lot of exercise, which makes this muscle a very tough piece of meat with lots of connective tissue. Hence, it is often cooked low and slow.

However, brisket is so versatile that it can also be prepared as corned beef and used in stews, but it is most popular in BBQ dishes.

So, How much brisket per person?

This is how many pounds of raw brisket you should account for, and, though this seems like a large portion per person, remember that the brisket will shrink in size with trimming and will lose some of its weight as it cooks. In other words, a pound of uncooked packer brisket will be more like half a pound after cooking.

A more conservative serving specially in a more grumnet setting would be ½ lb of raw brisket per person.

But in a normal sitting, an average guest will eat half a pound of cooked brisket. Accounting for the weight loss due to trimming and moisture and fat content lost during cooking, on average the brisket will lose up to 50 percent of its raw weight, so 1 pound of raw meat will cook to half a pound of cooked meat. So, for example, a 12-pound brisket should feed 12 adults.

This is the amount of cooked brisket per person

You should account for about half a pound of cooked brisket per person. This is a good serving size for a big adult, but based on my experience, plan for a little more if you are cooking for a large event like a New Year’s party.

You will see that many BBQ places sell brisket by the pound. Relatively speaking, this is enough for two people. The average person will eat around half a pound of cooked flat-cut brisket and feel full. This amount can change per person but  between a ½ -¾ pound per person is a good estimation.

As far as serving portions go, plan on around half a pound of cooked flat-cut brisket per person.

The second cut from the beef brisket, known as the “point cut,” is a thicker piece of meat containing significantly more inner fat running throughout the cut. The point cut is not as easy to find in local food stores because it appears fatty and less appealing to most shoppers. However, it can be equally as flavorful as the flat cut and is great for smoking low and slow.

Always keep in mind that raw brisket weighs more than cooked brisket. Therefore, when calculating how many adults need to be fed, keep this in mind. A pound of brisket will lose up to 50 percent of its weight as it sits for hours cooking in your grill.

Here is my take

Every time I smoke a brisket, people want seconds or some to take home, which I completely understand and love because, well, it tells me I did a great job and my brisket was on point.

I personally recommend upping your portions if you are entertaining or cooking for a large party. People tend to eat more, have a couple drinks, eat some more, and then take some home.

When estimating how much brisket per person to prepare and serve, two things have to be considered. First, get a total headcount of the people you will be cooking for. Keep in mind that brisket can lose up to 50% of its weight while it’s cooking, so you want to start your calculations using the raw brisket weight in pounds when you go to the store to select your brisket.

If you’re planning on cooking for ten people, can you estimate a 10 lb raw brisket, which means 1 lb per adult and half a pound of cooked brisket per adult.

My personal take, based on my years of experience and having cooked many briskets myself, don’t be afraid to add a bit more. Brisket is a delicious cut of meat, and it is easy to indulge in a plate full of this meat. 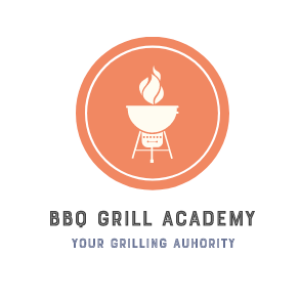 The BGA Writing Team is a group of BBQ enthusiasts and experts with unique gifts and talents. The team is responsible for researching and testing products for our articles and interviewing food industry experts - they never sleep! BGA@bbqgrillacademy.com