What is uncured ham – Explained The term “uncured” can often be indecently misleading as many believe that it refers to a healthier or better than cured ham. In this article I explain what uncured ham really is what defines ham as incurred, how to cook uncured ham as well as more information to help lea

Let’s start with a ham.

Ham is a type of pork meat derived from the pork’s rear legs and is then trimmed and sliced into ham slices or sold whole. Ham is very popular and can be used in many different ways. It is a simple addition to a sandwich or a main dish. Whole hams can be smoked for prepping and a great Thanksgiving dinner or as a side dish.

You can also find ham from other areas of the pig, including the shoulder. These are often referred to as “should ham” or “picnic ham” but do not pack the same flavor as ham carved from the leg.

Ham is cured, but there are two distinct processes, giving the name “uncured ham.” But as I will discuss later in this essay, the word “uncured” does not mean “not processed”. Instead, the industry uses the term to describe a more natural way of curing the meat using non-chemical, man-made ingredients.

What is uncured ham?

Uncured ham, also referred to as “fresh ham,” is the same meat as cured ham in terms of the type of pork cut. The distinction is that uncured ham is not brined or injected with chemicals or artificial preservatives.

Uncured ham is more of a term to describe ham processing. The types of hams have not gone through additional chemical curing processes where things like artificial nitrates, brains, and preservatives have been added and injected into the hams. This doesn’t mean that “uncured” has not been preserved in some form, it means the ham is free of man-made traditional curing chemicals and the preservation was done using natural preservatives. I always recommend you read the meat information and check for any “added” ingredients.

There are more natural ways of preserving ham, including smoking or using natural salts. The downside, and as you could expect, is that  uncured in some cases, has a shorter shelf life than cured. The term “uncured” should not be confused with “uncooked” or “raw.”

It is also important to explain that because hams have not been preserved with chemicals, they are chemical free. I know confusing right!, think cured ham uncured. Some vendors will use natural salts that still contain nitrates, but this will be disclosed on the packing label.

There is another uncured type of ham that is free of chemicals and even lower in sodium; it is the type of uncured ham made using drying, curing, or smoking methods. Fundamentally, smoking methods are a way to slow down fat oxidation and slow down bacterial growth, but this method also adds flavor while making uncured ham healthier.

I must highlight something I have read in other articles:

Even products that are labeled as “uncured,” like organic hams, are in fact cured with the nitrites that naturally exist in celery salt or beet brine [1]. Nitrites are still present; however, they are not produced in a laboratory. These sodium compounds are responsible for preventing the growth of Clostridium botulinum, also known as botulism, which is a dangerous pathogen that can be found in cured meats and other preserved foods [2]. This is why you will see on the label of hams “no nitrates or nitrites added except for those naturally-occurring”.

How is uncured ham made?

As I mentioned before, uncured ham is still cured. However, more natural methods are employed. For instance, instead of injecting chemical nitrates, celery powder is used instead of man-made sodium nitrate and other factory-made chemicals. Often, a salt-based brine is also used to preserve the meat. However, nitrates are still used, just in natural form by using natural spices and salts. This should be written on the package as “natural nitrates present” or something similar.

There is the simplest and most natural way of naturally curing ham, which is by smoking the meat. Curing meat by using smoke or smoking the ham This is the most ham-flavored item in stores and is a form of “uncured.” The method is quite lengthy and, on average, it takes days to smoke and cure ham. This can raise its price, but it is the most natural ham people can buy. So, for those looking for a no-chemical uncured ham, smoked ham is a good alternative.

Smoked ham does have a “smoky” taste, but it is often less salty. At the stores, you can easily identify this kind of ham by looking for smoked uncooked, and some brands will also state that the ham has no added nitrates or preservatives. The package might also say “fully cooked.”

Is the taste of uncured ham any different?

For some, the taste is almost the same, but there are differences. Cured ham tends to taste salty and is very moist as it is often packaged with a preservative brine. Uncured ham will taste more like tenderloin, and uncured smoked ham will have a slight hint for smokey flavor.

Which stores sell uncured ham? Where to find it

Ham is a very popular item and is available at many major retailers. These stores normally also carry uncured ham and all other variations. I find that smaller retailers and niche stores like Whole Foods do a better job at storing high quality uncured ham.

You can also shop online at retailers such as Snake River Farms and other food delivery companies.

Simply put, uncured ham on average costs less than cured ham. This is because it is uncured, meaning it does not go through the more expensive processing methods applied to cured ham. However, if you shop at stores like Trader Joe’s and Whole Foods, sometimes uncured ham can be categorized as a specialty meat and sold at higher prices.

Uncured meats are often seen as a less processed, tastier choice, and the same applies to uncured ham. The main reason is that by not injecting the meat with chemicals and preservatives, or curing it, there is less cost, and you, as the consumer, are buying a product that is more natural and with fewer chemicals. Since there is less pricing, less chemicals, on-artificial nitrates and less salt, uncured ham is seen as a healthier option.

Preparing uncured ham is not that much different than other meats, but you can cook it or smoke it to make it fit your recipe. Some fully cooked hams are ready to be sliced and steamed as soon as you open the package.

I have to be very honest here. Sometimes I cannot tell the difference between these and hams. To me, the uncured ham taste is not that dissimilar to cured ham, but one can definitely notice the difference in saltiness. Also, the texture of uncured hams is often a tad dryer since they are not soaked in brine.

Always read the product packaging info and see if what you are buying and consuming.

Store ham in your refrigerator at at least 40 degrees and keep an eye on its expiration date.

What to look for when selecting hams

Look for brands that do a good job of disclosing what’s in the packaging.

Now you know the differences between cured and uncured ham, and I hope this article helps you when you go to the store and are trying to decide which one is a better choice for you. 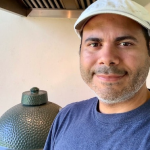