What is Blue Steak? Is it safe to eat?

In this article, we teach you everything about blue steak. We go over what exclay is blue steak, is it safe to eat, temperatures, and more.

Some people like to eat meat well done, while others like to eat steak. Yes, my friends, there is a difference between burning meat and a properly grilled steak, but we’ll leave that topic for another day. Today we are going to talk about blue steak.

What Is Blue Steak?

“Blue steak” is a term used to refer to the lowest level of doneness in a steak. The meat is grilled only for a few minutes to sear and brown on the outside while the inside remains raw. Steak cooked blue is placed on the grill for 1 to 2 minutes, and its internal temperatures seldom exceed 115 degrees.

The term “blue steak” is often used because steak cuts’ raw meat has a subtle purple or blue-ish color when it is first sliced. This is due to the meat’s leftover blood becoming oxygen-depleted. On the other hand, this blue color does not remain for long. When exposed to air, myoglobin begins to oxygenate and develops the brilliant red hue we recognize with a new cut.

Therefore, unless you are present when your steak is initially sliced, you are unlikely to notice the blue-ish color.

Blue steak is done a step lower than a steak served raw. Whereas rare steaks are grilled outside, and in the center, blue steaks are only cooked on the outside. Blue steaks don’t take too much time to cook. The steaks’ internal temperature barely reaches above 115°F.

Why Is It Called “Blue Steak”?

The term “au bleu” is often used in European countries to describe and order raw meat. The term is used as a descriptive term when the meat is first unwrapped, and the raw meat has a darker purple before it is cut. The term is also used to describe the doneness level when cooking the steak.

Blue steak is very popular because of its smooth, melty texture that enables you to absorb its rawness even when the outside of the steak is seared brown.

Is Blue Steak Safe To Eat?

Though steak is raw and consuming raw meat should be done carefully, it is safe to eat. It is perfectly safe. The key here is to cook the outside of the steak to kill any bacteria and kill pathogens.

Cooking A Blue Steak To Get The Best Results

E. coli bacteria is found on the outer surface of the meat, and grilling it at a high temperature will kill the bacteria. It is also important to sterilize the grilling tools you will be using to cook the meat, as bacteria from the tools can be transferred to the meat.

Every step you take, including sanitizing serving tongs, will help keep the meat safe and avoid food poisoning. After all, you are serving the plate extra rare, not even close to medium-rare steak.

Important Points To Keep In Mind

The steak must be sealed and browned to prevent bacterial and viral contamination. Sterilize tongs and other cooking tools to prevent them from contaminating the food.

How To Cook Blue Steak? Eat Blue Steak, Not A Medium Rare Steak

To cook blue steaks, first take them out of the refrigerator and allow the cut to get to room temperature. Second, add seasoning and spices to get the steak ready for cooking.

Use a meat thermometer; the internal temperature should reach 115 to 120 degrees. If done correctly, the outside will be seared and have a bright red color. Let your steak rest briefly, this will get meat juice flowing.

This Is What You Will Need To Cook Your Steak

You will need a 1-inch-thick, high-quality cut of meat. I use either filet or sirloin, both excellent choices. But the point here is “good quality beef.”

Steps To Cook Or Grill The Steak

If your steak has been in the refrigerator, remove it from the fridge a few hours prior to cooking and allow it to reach room temperature. Even though you will only be cooking it for such a short time, this will help the interior of the steak warm up before searing at a high temperature for a short period.

If cooked properly, the inner temperature of the steak will be about 115 degrees when ready for eating. The meat should feel soft and bright red.

Which Cuts Should You Avoid Cooking Blue? Why Not?

Some of the best-tasting steaks have a lot of fat marbling, but fatty steaks should be avoided if you want a perfect blue steak.

Fat requires more cooking time and heat exposure to render, giving moisture and flavor to your steak. A fatty steak cooked ala blue will have chewy fat bits. To be honest, the texture alone will be discussed.

Tough cuts of steak should also be avoided. Tough steak cuts require marination as well as adequate cooking time in the heat to make them tender and good to eat.

Thinly sliced steak cuts should also be avoided. By the time you have successfully seared the whole outside, the insides should be medium-rare. Sure, it will be wonderful, but it will not be blue.

The following cuts will not work well for cooking blue:

You may attempt to cook any cut of steak blue. However, if you use the wrong cuts, the effects may be different than what you planned and far from a perfect steak.

The following are the best options for a blue steak:

Make sure your steaks are at least 1 inch thick, preferably 1.5 inches or more. Even with 60 seconds of searing, a very thin steak will cook through quickly and in a very short period of time.

What Temperature Should I Cook Blue Steak At?

The texture is soft and juicy. They are packed with a lot of flavor.

How To Know If You Have Cooked The Perfect Blue Steak?

First, make sure you have browned and seared the entire outer surface of the steak. Lastly, make sure the temperature has not gone above 120 degrees F.

Blue steak is considered a delicacy in many places, and many enjoy cooking a steak using this method. Not everyone likes meat raw, but now you know what blue steaks are. 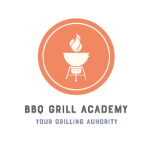 The BGA Writing Team is a group of BBQ enthusiasts and experts with unique gifts and talents. The team is responsible for researching and testing products for our articles and interviewing food industry experts – they never sleep!
BGA@bbqgrillacademy.com