Hickory vs. Mesquite: We Explain the Difference Between the Two and Which Should You Use We know smoking meats requires smoking wood and is the key element to add smoky flavors to any meat. When woods like hickory or mesquite are burned in your grill or smoker, it adds distinct flavors to the meat.

The Difference Between Hickory and Mesquite Plus When to Use and with What Meats.

This article will explain the two kinds and compare their flavors, what food they work best for, and who wins the hickory vs mesquite wood discussion.

A Lesson About Smoking Wood

There are two main categories of smoking wood: softwoods and hardwood. Hardwoods and softwoods are not necessarily categorized by the hardness of the tree but rather by their reproduction process. Hardwoods are classified as trees that produce seeds inside some form of covering, for example, inside a fruit, like an apple, or in a shell like a nut.

Softwoods are light-colored woods with a lot more sap and resin, making them hard to burn and release acrid smoke when burned in a fire. Acrid smoke will add a bitter taste to food and therefore is not preferred in the BBQ world.

Wood for smoking is comparable to spice. Each provides a unique touch to the dish, whether it is good to bad. Also, wood smoke can add color to meats. Some types of wood add a dark color, while others add a lighter tone.

Softwoods are not ideal for smoking meats in part because they burn quickly and easily. They contain more sap and produce flares and odd flavor combinations – which don’t pair well with foods.

Hardwood burns slower, longer, and hotter than softwoods, so this is preferred during long cooks and adds better flavor to meats.

When using hardwood, you get more flavorful meat as well as a good color. Hardwoods contain more lignin which contributes to the smoke flavor.

Hickory is popular in the southern portion of the United States and the Midwest. This wood is unique because it is versatile and works great for more prolonged smoking and grilling cooking.

Hickory is a clean-burning wood type that provides pitmasters great flexibility when smoking meats. Many first-time BBQ smoker owners use hickory as it pairs well with a variety of foods and sauces.

Hickory is considered to be a medium-thick wood. It is a very popular type of wood, and when combined with oak, it gives foods a great smoked flavor. Like many other kinds of wood, hickory has a distinctive taste, and some consider it a strong taste which is why it is often mixed with oak.

The wood is found throughout North America and in sections of South Asia.

Hickory tastes like bacon. It has savory, hearty, with a bacony touch to it. The hickory flavor goes well with pork.

Hickory is classified as a medium smokey wood with a characteristic salty and bacon-based flavor. It works well with fruity woods like cherry and apple. The smoke of Hickory smoke is considered well balanced and, therefore, is versatile and a popular option.

The tase is often compared to the taste of bacon. Don’t use too much hickory on your first cook if you’re new to smoking, as it can overpower the meat flavor.

Mesquite wood can be found in South America as far as Mexico and parts of the United States, including Texas. According to the Texas Almanac, 76 percent of all mesquite trees grow in Texas.

Mesquite trees are great for the environment because they nitrogen to the soil. The high density of nitrogen in wood makes spark more than hickory during burning. This wood also burns faster than hickory.

Mesquite Wood is a species that is unique to several places of South America and North America. It is abundant in Argentina, Chile, and other places like India, Puerto Rico, and Australia. There are more than 40 species of this tree worldwide.

The relatively high density of nitrogen in that wood is responsible for the high spark that often sparks during combustion. It also burns faster than other woods out there.

Mesquite is a wood that produces a strong flavor. The flavor profile is bitter, sharp and strong with an earthy string flavor. Mesquite wood flavoring is easily identifiable. The flavor is trying but enjoyable, yet we recommend not use too much of this wood at first until you find your own taste.

Its rugged and intense aroma gives it a reputation as a serious smoking wood. For some, mesquite can be excessive so do go overboard adding this wood. Although it has been criticized for being too sharp or bitter, it generates a savory flavor when used lightly or combined with other smoking woods.

Which is better: Hickory or Mesquite?

Hickory is a better smoking wood because it is a more versatile choice when compared to mesquite. Hickory can be easily paired with many types of meat and easily combined with other woods like oak to create amazing smoky flavor profiles.

Hickory can be used with red meats, port, and other meats, whereas mesquite is more suitable for certain meats like wild game, red meat brisket, duck, and lamb. It, however, might be too powerful for chicken, fish, ribs, and even pork shoulder.

Both Hickory and Mesquite wood can be found in different shapes suitable for any grill or smoker.

What flavors do they provide

Hickory is considered a really well-balanced type of wood for smoking. Mesquite smoke offers a strong, definite scent prevailingly identifiable by one bite.

Mesquite may be viewed essentially as the opposite in this respect. If you are using too much mesquite smoke, it can overpower smoked meats and will. If you are brand new to smoking meats, teak it easy at first.

What kind of meat should they be used with?

Hickory wood is one of the most widely used firewood for smoking meat. Mesquite wood is almost exclusively used in Texas.

Pork is usually paired with hickory. Hickory enhances the taste of pork and gives it a darker color. Mesquite can be too strong for pork.

Like pork, hickory is good with beef brisket. It helps enhance the original taste of beef, almost adding some sweetness to it. Mesquite can be used but be careful not to use too much.

Are they suitable for fish and poultry?

Hickory is versatile and can be used with fish and poultry.

Can you mix hickory and mesquite?

Mixing hickory and mesquite creates great flavor. It makes a sweeter blend of smoke but also somewhat less earthly. Combining mesquite and hickory will balance the mesquite for those who find mesquite overwhelming.

If you are trying to decide between hickory or mesquite I recommend you try both and also mixing the two and see what works best with the meats you are preparing. Hickory is a clear choice and goes well with just about any barbecue dish. Expirenemnt with fruitwoods and different types of meats and find your signature flavor. 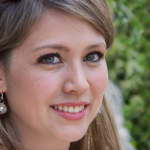 Alison is an amazing writer and food lover. She is an active member of our local restaurant community.
“I have worked in the food industry for over 10 years have a deep-felt passion for BBQ food, history, and recipes. It is amazing to share my knowledge and teach others how to enjoy grilling and BBQ Food.
Grills I Owns:
Pit Boss Pellet Smoker
Big Green Egg Large
Alison@bbqgrillacademy.com