What are Pork ribs?

Pork ribs are cut from the rib section of a pig’s torso. They are meaty and can be cooked in a variety of ways. There are several types of pork ribs, each with its unique flavor and texture.

Pork ribs are a popular food because they taste great, are easy to make and can be cooked in many different ways. Pork ribs are cut from the rib section of a pig’s torso, which means that they have lots of meat on them and can be seasoned with various types of sauces or dry rubs.

The types of pork ribs vary by region and country, but the most common types are Baby Back Ribs, Spare Ribs, and St. Louis ribs.

The different types of ribs for Smoking, grilling, Baking, and Braising

Baby back ribs are the most popular type of pork rib. They are cut from the loin section of the pig and are shorter and more curved than other types of pork ribs. Baby Back Ribs Cut from the top portion of the rib cage, baby back ribs are shorter than spare ribs (hence, the name “baby”) and are the leanest and tender ribs. They’re curvier and shorter than spareribs with lots of lean meat between and on the bones.

To prepare baby back pork ribs, start by trimming the ribs, any extra fat, or small pieces of meat that are dangling and will burn. Use a knife to remove the membrane.

The member is a piece of tissue underneath the ribs ( bone side ). You can cook baby back ribs in the oven or on the grill.

Pork Spare ribs are the most common type of rib. They are cut from the belly section of the pig and are longer and straighter than other types of pork ribs. Pork spareribs yield more meat than baby back ribs, but they are not as tender or lean.

Spareribs are longer and flatter than baby back ribs, which allows them to cook and brown more uniformly. The marrow of the bones may be seen on one end of the spareribs, where they have been sliced away from the baby back ribs. The opposite end, closer to the pig’s breast, will be tapered. There will be a bigger portion of flesh, cartilage, and gristle at this tapered end.

Spareribs are much fattier flesh with greater marbling around the top and between the bones, which is one of the most noticeable differences. As a result, these ribs take longer to cook and are frequently a better choice for low and slow smoking. Cooking time for spare ribs can vary depending on the spare rib cut and size but is typically 5 to 6 hours.

St. Louis ribs, another famous variant of ribs, are just spareribs that have been trimmed further. Both the cartilage and gristle-filled section and the tapering end of the ribs have been removed. This gives the rack of ribs a more rectangular, symmetrical appearance. As a result, many pitmasters favor St. Louis-style ribs. Both for their look, meat yield, and flavor.

Louis Style St style doesn’t refer to the way the ribs are cooked. They get their name from the way meatpacking plants in St. Louis would cut the ribs. Ribs chopped this way were popular in St. Louis during the mid-20th century when meatpackers began doing so, hence the name. St. Louis ribs are longer than baby back ribs but shorter than regular spareribs due to the way they are cut.

This style of rib cut is not commonly found in your local big-box supermarket. Unless you cut the spare ribs yourself in the St. Louis way, the best source for these sorts of pork ribs is your local butcher or a quality online meat store.

St. Louis style ribs can be cooked in a variety of ways, including grilling, baking, smoking, and braising.

Country-style pork ribs are not, well, ribs, but rather boneless or bone-in pork chops cut to look like ribs and carved from the front of the baby back ribs around the shoulder. However, this cut is not actually from the ribs and instead is more of a pork chop.

Country-style boneless ribs are lengthy strips of loin muscle coupled with meat from between the rib bones.

They are typically cut from the shoulder area of the pig and are cheaper than other types of ribs. Boneless country-style ribs are also tougher and fattier than other ribs, so they require longer cooking times.

Country-style ribs can be cooked in various ways, including grilling, baking, smoking, and braising.

When choosing country-style ribs, look for ones that are well-marbled with fat and have a pinkish color. Avoid ribs that are too lean or have too much white meat.

Kansas City-style ribs are a type of sparerib that has been coated in a thick, sweet and smoky sauce before being cooked. The sauce is usually made with ketchup, brown sugar, Worcestershire sauce, and various spices.

Kansas City-style ribs can be grilled, smoked, or baked.

Rib tips are the small bones and cartilage that connect the front ribs to the breast bone and are the small, triangular end of a rack of ribs. They are not ribs, but rather a cartilage, bone, and connective tissue. You can say that tips are the leftovers of trimmed St. Louis-style ribs.

Rib Tips are ” chewy” but make a great appetizer or snack and require longer cooking time to become tender. They are seen in dishes such as soup or stew, or chopped up and served as an appetizer.

How to prepare rib tips?

You’ll have to find good butchers who will cut you some good rib tips. Smoked rib tips provide an easy appetizer and cook in about 2 hours.

When choosing ribs, look for well-marbled cuts with fat and have a pinkish color. Avoid ribs that are too lean or have too much white meat.

Look for ribs that are well-marbled with fat and have a pinkish color. This indicates that the ribs are fresh and will be juicy. Avoid ribs that are too lean or have too much white meat. These ribs will be tough and dry.

The best way to cook ribs is by grilling or smoking them. Slow cooking methods such as braising or oven-roasting will also work, but it will take longer for the ribs to become tender.

When grilling or smoking ribs, cook them on low heat for a long period of time to prevent them from drying out. If you are using a sauce, apply it towards the end of cooking so that it does not burn or caramelize on the meat.

Several meat products were listed in USDA’s meat guidelines. Still, many different names and cuts are re-used in the years and can vary from location. These are some commonly heard names.

Flanked ribs are framed by long slabs positioned parallel to many ribs. Because this technique has been used, flanked ribs have more meat than short ribs. It’s recommended to cook flanked ribs using a braising technique.

Lamb ribs have a very distinctive taste; their flavor “pops” when they are grilled slowly or braised. Butchers remove riblet lamb from its breast because its meat contains the most flavor in its body.

These ribs come from the rib section and are very small. Riblets usually contain 11 to 13 bones in each rack and are ideal for grilling, smoking, or roasting.

Most people love making these ribs since they react nicely to many cooking methods. Some people prefer to dry the meat, while others add moisture to improve the taste profile and overall tenderness. Marinating the lamb riblets is advised since the procedure increases taste. Use incidents such as garlic, red wine, salt, pepper, vinegar, and even olive oil.

The term “short ribs” refers to the fact that they are normally cut much shorter than pig spare ribs—3 to 4 inches in most cases, and occasionally even shorter—which, of course, is because the beef carcass is so much larger than pork that cutting them much longer would render them unmanageable.

While it is possible to slow cook them on the grill or in a smoker, which many people do, the most popular method of preparing beef short ribs is to braise them.

Beef short ribs, sometimes referred to as plate short ribs, are a slab of meat from the lowest portion of the cow’s rib cage (the short plate), behind the brisket. Beef short ribs have dense flesh that tends to cling to the bones.

It is beneficial to be familiar with the various cuts of ribs so that you can select the appropriate cut for your taste and preferences, as well as for your own recipes. Bear in mind that certain rib cuts fare better on the grill than others. However, experiment with a few recipes until you discover one you enjoy. 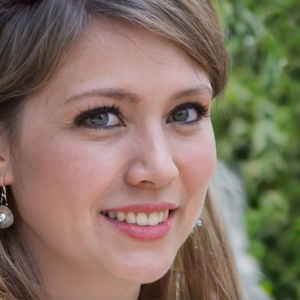 Alison is an amazing writer and food lover. She is an active member of our local restaurant chef community. "I have worked in the food industry for over 10 years have a deep-felt passion for BBQ food, history, and recipes. It is amazing to share my knowledge and teach others how to enjoy grilling and BBQ Food. Grills I Own: Pit Boss Pellet Smoker Big Green Egg Large Alison@bbqgrillacademy.com